K.Satchidanandan is a poet of national and international repute writing in Malayalam. He has a doctorate in post-Structuralist poetics and was Professor of English at Christ College, University of Calicut, Kerala, editor of Indian Literature, the journal of the Sahitya Akademi(The National Academy of Letters) and later the Chief Executive of the Akademi. He then worked as a Language Policy Consultant for the Govt of India and has also been associated with Katha, Delhi. He edits the SAARC journal Beyond Borders in English, the poetry quarterly Kerala Kavita in Malayalam and the South Asian Library of Literature. He retired from Indira Gandhi National Open University in 2011. He is also on the Project Advissory Board of Indian Literature Abroad, a Govt. of India Initiative.

He has 21 collections of poetry in Malayalam besides 16 collections of world poetry in translation and 23 collections of critical essays and interviews besides four collections of essays in English. He has edited several anthologies of poetry and prose in Malayalam, English and Hindi. He has 27 collections of his poems in translation in 17 languages, including five collections in English, six in Hindi and one each in Arabic, German, French and Italian besides all the major Indian languages. He has won 21 awards for his literary contribution including Bharatiya Bhasha Parishad Award,( Kolkata) Gangadhar Meher Award( Orissa), Kerala Sahitya Akademi Award (4 times), Kumaran Asan Award ( Chennai),Bapureddy National Award ( Hyderabad) Kerala Varma Award, Ulloor Award, P. Kunhiraman Nair Award, Odakkuzhal Award, Vayalar Award,Padmaprabha Award ( Kerala) Beharain Keraleeya Samajam Award, Oman Cultural Centre Award, Kadammanitta Ramakrishnan Award, (Kuwait), NTR National Award (Andhra Pradesh), Kusumagraj National Award (Maharashtra) etc. besides Sahityasree from the Hindi Sahitya Sammelan, Delhi, Senior Fellowship from the Department of Culture, Government of India, Sreekant Verma Fellowship from the Government of Madhya Pradesh and the K.K.Birla Fellowship for Comparative Literature. Many of his books of poetry and criticism have been textbooks in Universities.He won the Sahity Akademi award in 2012. A film on him, Summer Rain was released in 2007.

Satchidanandan has represented India in several international literary events like the international literary festivals in Sarajevo, Berlin, Montreal, Beijing, Moscow, Ivry-sur Seine, Jaipur, Delhi, Montreal , Hay Festival-Trivandrum and Kovalam and book fairs at Delhi, Lahore, Kolkata, Abu Dhabi, Frankfurt, Leipzeg, London, Paris and Moscow besides having readings and talks at Bonn, Rome, Verona, Ravenna, Leiden, NewYork, St.Petersburg, Damascus, Dubai, Abu Dhabi, Oman, Sharjah, Singapore etc. besides most of the cities in India. Satchidanandan has been honoured with Knighthood of the Order of Merit by the Government of Italy, with the Dante Medal by the Dante Institute, Ravenna and the India-Poland Friendship Medal by the Government of Poland. He has also been an activist for secularism, environment and human rights. 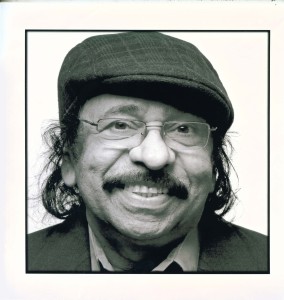 I was born in a lower middle class family in village in central Kerala. My childhood was not extraordinary. I studied in common government schools with Malayalam as the medium. I was interested in languages from the very beginning. We had two libraries in our village. My early reading was done in those well-stocked libraries. It included besides the great works of literature in Malayalam, translations of Tagore, Saratchandra, Tarashankar Banerjee, Manik Banerjee, Bimal Mitra,Yashpal, Krishan Chandar, Tolstoy, Dostoevsky and many others. I also read abridgements of Western classics in Malayalam as well as English. In the colleges I attended my reading took new directions. I read the major English poets and novelists besides works from around the world. My first poem was published in a manuscript magazine published by the village library when I was 13. Since then I have been writing poetry though I began to take myself seriously only when I was a post-graduate student and began to publish in reputed magazines.

I have already spoken about the books I was reading in school and college. I read on an average 150  books an year, besides referring to many others. I red two or three books at the same time, like now I am reading Amir Or's collection of poems Dialogos, Akil Bilgrami's (ed) Demoratic Culture and Githa Hariharan'sAlmost Home.

What inspires you to write poetry?

The initial spark could come from anywhere, an incident, a character, a thought, a experience, a word, even another  poem,

Who are some of your favorite poets?

What advice do you have for aspiring poets?

Be honest. Do not fake emotions. Avoid cliches like plague. Make it new.

While a post graduate student. When I wrote my nightmarish poem on Vietnam. Then I realised I needed to express myself and my medium was poetry.

Do the Internet and social media contribute to the well-being of poetry?

They can be used to publish/ publicise good poetry as well as bad poetry, like any other medium. They give us freedom, and that freedom comes with alot of responsibility as there is no one to stop you r even criticise you- your friends are likely to exaggerate the quality of what you write, so you have to be very careful and self-critical.

What do most poorly-written poems have in common?

What do most well-written poems have in common?

Freshness and  surprise of both imagination and  language.

Why is it such a difficult market for poets right now?

Good poets never had a market ; they propagated their own poetry as it happened with Kabir  or had patrons as had Ghalib. And a good poet also does not worry about market. He/ she looks for the genuine reader rather than a crowd of  consumers.

Has your idea of what poetry is changed since you began writing poems?

It keeps changing with each new poet I discover and each new poem I write. Poetry is beyond definition: one can only say it expresses something no other genre of literature or art can express in the same way.

What aspects of your poetry reader in general and Research scholars in particular must discover and explore?

It is upto them to choose. There have been several M Phil and P D theses on my poetry and many books of studies too- they have looked at my concept of love, women, politics, language,  my symbols and images, my concept of  poetry itself.

How would you describe uniqueness of each of your poetry collections?

I try to move a step ahead and keep trying new forms and articulating new aspects of human experience. I do not always succeed.

Are there any new poets that have grasped your interest?

There is no liner progress in literature. Always there are good works and bad works.  That is happening still. Numerically there has been a growth as literacy has increased, this has little to do with quality.But, yes, there are new writers and movements that keep our writing vibrant.

How will you judge the body of Contemporary Indian Writing in English in general and Indian English Poetry in particular?

A lot of is just junk. But there are writers like Vikram Seth, Amitav Ghosh, Salman Rushdie,  Jhumpa lahiri, Anees Saleem, Jeet Thayil, Rahul Bhattacharya, a lot of others. In poetry we have Arundhati Subrahmanyam, Vivek Narayanan, Jeet Thayil, Robin S Ngangom besides of course the senior poets like Adil Jussawalla, Arvind Krishna Mehrotra, Jayanta Mahapatra and others.

The Akademi has recognised english as one of the 24  India. It has a scheme to publish the first collections besides translations. It gives awards for creative writing in English, translation, young writing and children's writing every year.