Described as 'one of India's best and most serious contemporary playwrights writing in English' by Alexander Viets in the International Herald Tribune, Mahesh Dattani is the first playwright in English to be awarded the Sahitya Akademi award. Born on August 7, 1958, Mahesh Dattani received his early education at Baldwin's High School and then went on to join St. Joseph's College of Fine Arts and Sciences, Bangalore

Prior to his stint with the world of theater Mahesh used to work as a copywriter in an advertising firm. He has also worked with his father in the family business. In 1984 he founded his playgroup 'Playpen' and in 1986 he wrote his first play ' Where There's A Will'. Since then he has written many plays such as Tara,Night Queen, Final Solutions and Dance Like A Man. All the plays of Mahesh Dattani are based on the social issues. Apart from theater Mahesh Dattani is also active in the field of film making. His films have been appreciated all over the world. One of his film 'Dance Like A Man' has won the award for the best picture in English awarded by the National Panorama. 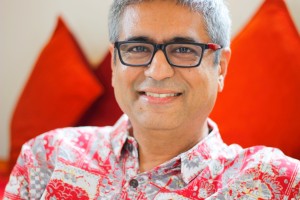 You are the leading voice of Modern Indian Theatre; almost all Universities prescribed your plays for undergraduate and postgraduate courses. Yet, all academic discussion is limited to text rather than stage. How do you feel about it?

I feel that this kind of study, where the play text is studied only as words on a page, is incomplete even from a literary perspective. A play is written with the intent of having it performed. The spoken word is only one aspect of the language of a play. Very often a play contains strong images, sounds, physical action and symbolism that come alive on stage once it is created in time and space. As a playwright, you are in a way, dimensioning a story. Offering gravity and levity, depth and perspective, tone and rhythm, cross-currents and under-currents – all these must be a part of any pedagogic study of drama.  Drama is a temporal-spatial medium the same as dance. So studying a play in the classroom is almost as complicated as studying a dance form without actually having experienced it through a dance performance. Even if the intent is to study it as a work of literature (as in the case of Shakespeare), one can only fully appreciate the writer’s craft when one understands why the work is constructed the way it is. For instance, one can appreciate the mastery over words and the depth of philosophy in Macbeth’s monologue “Tomorrow and tomorrow and tomorrow”. But you can only feel the bhava of that brilliant monologue through the performance, where an embittered Macbeth, who has just heard the tragic news of the death of his wife, must now reflect upon his own life.

Modern Indian Theatre is locked in cities these days. Few centers like Mumbai, Delhi, Banglore, Chennai and Kolkata produce large number of plays. Earlier ‘Drama’ was accessible to mass audience. What do you think can be done to take drama back to mass audience beyond elite audience?

That is a sad reflection of the status of drama in our society. That only a privileged few can take to drama and that too as an indulgence. Traditions such as Ramlila, Raasleela and folk forms depended on the tradition of learning from ones father. Today, the children of such artistes, understandably, want to venture forth and seek their future in more lucrative professions. To me that is the real loss. The Tawaif culture, because of the stigma attached to the artistes who had the courage to practice their art against all social odds, is now completely buried and waiting to be forgotten. Having said that, I was pleasantly surprised during a recent visit to Begusarai in Bihar that the theatre tradition is very much alive. Farmers gather to perform stage adaptations of famous literary works. Similarly places in Manipur, Kerala, Madhya Pradesh have thriving non-urban theatre activity which is deeply rooted in the region’s socio-political identity. Perhaps, it is not a question of taking urban theatre to the masses, but of acknowledging and supporting a healthy artistic growth within various communities. Our Shaws and Shakespeares will come from rural India and not from the cities. There is a wealth of talent and life experience waiting to find expression through theatre and other means!

Fragmented characters, broken dialogues, a rejection of the notions of "High" and "Low" art, the freedom of form, illogical and without plot or necessary conflict are some of the major characteristics of postmodern theatre. Do you see Modern Indian Theatre is slowly moving that way? Or Rich tradition of conventional theatre is more dominant than that of western postmodern theatre?

It is hard to say what is predominant in our theatre. This idea of postmodern theatre is a very city based idea. Being an urban playwright myself, I am very conscious of making statements based on my own limited perspective of Indian theatre. The more I see, the less I know. I have never been one for theorizing anyway! But yes, I would definitely like to reject any modernist concept of so called high art and low art. In fact, art itself is an overused word. Yet, I don’t see myself as postmodernist as I can appreciate the beauty of traditional art forms.

If we look back to the History of Indian Theatre, it started and went on doing musical theatre. “Natyageet’ is almost disappeared from Modern Indian Theatre. What do you think is the reason behind it?

I strongly believe that if we want a mass movement in theatre today in our country, we must go back to Natya sangeet theatre. The aesthetics of musical drama are in our blood. Bollywood exploits that craving for a cocktail of dance, drama and music. Perhaps the reason for the decline of musical theatre, a rich and popular tradition especially in Gujarati, Bengali and Marathi theatre, is not loss of mass appeal but the fact that drama troupes have less and less time at their disposal for training and rehearsing. The company theatres had full fledgedtaleem masters, dance and music maestros who would train the actors holistically. Many of them remained with the company till their death. Today time is of essence and the meter starts ticking once you begin rehearsals. In fact, I would love to see a revival of musical drama.

You are the only playwright who interacts a lot through social media. Is it about knowing more of people and their thought process in general and Understanding society around in particular.  Do you find your characters in them?

Yes! By nature I am very reserved and like to keep my space private. However, social media has helped me discover a more social side in me. I must say it has been very beneficial in helping me empathize more with people and provides grist to my creative mill.

You have been conducting workshops for playwrights and actors since you were in Bangalore and it still is going on in Mumbai. What according to you is the most difficult part of teaching ‘writing for theatre’?

I think writing for the theatre is a very very demanding craft. The most difficult thing to ‘teach’ is the awareness that plays are written and re-written. With every new draft you get closer to making it a performance script. Also, many students find it hard to go deeper into their characters’ worlds and truly marry their imagination with their sense of reality. That too is a reflection of our times where depth is sacrificed for width.