Anupama Chandrasekhar is an Indian playwright born and based in Chennai. Her plays have been staged at leading venues in India, Europe, Canada and the US. She was formerly a journalist with the Hindu Business Line.

Anupama was a runner up for the Evening Standard Theatre Award’s Charles Wintour Prize for Most Promising Playwright in 2008. She was also shortlisted for the John Whiting Award  and the Susan Smith Blackburn Prize  for Free Outgoing. She is the first Indian to be nominated to any of these awards. The play has also been staged by the Nightwood Theatre in Toronto.

Her next play, Disconnect, directed by Indhu Rubasingham, also premiered at the Royal Court Theatre. Disconnect has been translated and staged in German and Czech languages and had its American and West Coast premieres in 2013 at Chicago’s Victory Gardens Theater and the San Jose Repertory Theatre respectively.

Her play for children, The Snow Queen, an Indian adaptation of the Hans Christian Andersen story, written under commission to the Unicorn Theatre in London, opened for Christmas in December 2011. The play, directed by Rosamunde Hutt, was a tremendous box office success. A remount of the production, produced by the Trestle Theatre, UK, opened the Chennai Metroplus Theatre Festival in 2012 and has toured several cities in India and the UK.

Her other plays include Acid, originally produced by QTP, Mumbai and later by the Madras Players in 2007 (which she directed), and Closer Apart, produced by Theatre Nisha – Chennai. 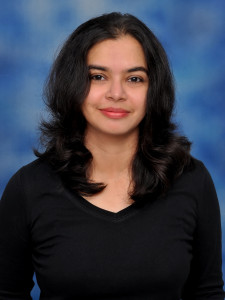 Will you tell us something about yourself (place of birth, school and anything in between) .

Born and brought up mostly in Chennai. I’ve three masters degrees (in Strategic Studies – from Madras University, English Literature – From Stella Maris College, Chennai and Journalism –from the University of Illinois at Urbana-Champaign) which I accumulated primarily because I was unhappy working in a 9 to 5 job (as editor in a private firm and later a journalist in a big national daily). Until theatre, I was pretty much dissatisfied with myself and studying seemed like a productive way to not work!

I was a voracious reader as a child. By the time I was 11, I’d glommed all Enid Blytons, Hardy Boys, Nancy Drews available then. By my 12th year, I’d finished reading every single Agatha Christie and Perry Mason. My teen years were spent reading classics. If I were a teen today, I doubt I’d even graduate to reading classics – the number of young adult books available today is simply mind-boggling. In hind sight, the dearth of good young adult material then (1980s) was a blessing in disguise because I fell in love with good literature.

In the 80s, a TV series that I was thoroughly smitten with was Yes, Minister. My father found a transcript of the complete TV series at Chennai’s Higginbothams and I think I was hooked to dialogic form since then. I devoured Shaw and the few plays that my lending library accidentally possessed. Then, in BA, I was introduced to Indian playwrights like Karnad and Dattani – and I was hooked to contemporary drama.

Read, read, read. Plays, non-fiction, fiction, screenplays.  Anything and everything. Study your craft, study your peers, study the masters.  Understand how a play can be different in different spaces. And write, write, write.

At my first playwriting workshop, conducted by the fabulous Mahesh Dattani, I discovered for the first time that I loved to tell a story simply through what is said and what is unsaid. Previously I had begun many short stories but I’d run out of steam very quickly. But not so, when writing a play. I discovered I had the stamina for it. Writing plays made me happy. I continue to write plays because it makes me happy.

The internet and the social media certainly have an important role in propagation of books, stories, poetry and plays. Online book reviews and Goodreads have definitely widened my reading horizons. I’ve often bought books on a Facebook recommendation of a friend. I now know when a new book by Gaiman or Murakami comes out. But I must also confess, as a writer, the net can be a huge and addictive distraction cluttering up one’s brain with a whole lot of information one can do without. Like a chain smoker, I’ve tried to quit the Net – or atleast facebook — cold turkey, but it’s next to impossible these days. In a day or two, I sneak back to facebook to see what my friends are reading and thinking.

Ah. It’s upto them to discover and explore.

Each play is a response to an incident, a happening, a trend in society that angered me or upset or worried me. I suppose, thematically, all my plays are very different from each other, but one would also perhaps find strands of feminism in all. In addition, I like to work with form. I believe that the only way I can stay fresh as a playwright is if I try something new with dramatic structure and form in every play.

The only way theatre can survive is through translation. Few plays rarely have a life beyond a handful of shows. Translations would ensure more new audiences and a longer life for the plays.

Ebooks is the way of the future, like it or not. They’re more easily accessible than conventional books.

I’ve no clue about the literary scene in general but the theatre scene is certainly progressing – in pockets. There are definitely more playwrights doing interesting, original work in some cities. I think Bangalore, Pune, Mumbai are the cities that are seeing most traction in new theatre work.

My job and duty is to write. I’ll let the critics and academics judge.

I’m working on a project for the Tricycle theatre, UK. I’m also working as a dramaturg on a devised piece being directed by Aruna Ganesh Ram of Visual Respiration. I hope to work on two more brand new plays in the next few months and a couple of screenplays.