The Emergence of Changed Patterns in English Language with Cyber Slangs or Lingua Franca: Approaching a Perspective

Dept. of Humanities and Applied Sciences

The present paper is divided into four parts. The first part of this paper attempts to analyse the emergence of cyber slangs and lingua franca in our day to day life with the expansion of electronic devices easily available at the hand of modern generation. The second part is devoted to see certain changes that have occurred in general spellings and word formation like letters and digit combination for communicative purpose. In the next part, it has been discerned as to how cyber slangs are causing negative impact on Standard English but at the same, in the succeeding part, examples are cited to denote that instead of causing threat to Standard English, cyber slang has improved writing acumen of our students and professionals on the ground that whatever improves writing of our students carries a positive impact. At this juncture, a judicious approach and perspective has been found out which separates the formal and informal mode of communication, meaning thereby that cyber slang is meant for informal communication while Standard English has its empirical sphere.

Professor Naomi S. Baron expresses her worry about the changing patterns in English in her article titled “Are Digital Media Changing Language?” She remarks: “It’s natural for languages to evolve. But what should really concern us are the ways computers and mobile phones are changing our attitudes towards language.”  Undoubtedly, the explosion and what we may call expansion of social networking sites and media has completely changed our mode and approach of communication with its electrifying speed and cost effectiveness. With the emergence of such electronic devices and gadgets as laptop, computers, advanced smart phones and android mobiles with Wi-Fi and technologically advanced and enhanced networks easily available at our ends, we can easily connect one another, and it would not be wrong if it is said that now we are more connected than ever before in whichever corner of the world we are located, and which we have never imagined so far.

This boom in the sphere of communication and technology has brought about drastic changes in each and every aspect of our life and the knowledge of the whole world can be clasped in our hands flashing onto the screen of our mini-computers in the form of android and smart phones. Hence, its significance in education and academic growth of the generation cannot be undermined. However, some educationalists, academicians, and a large group of intellectual society have voiced their concern by highlighting the side-effects of this very hike and they do not hesitate to condemn this boom by saying that this flood of information has brought cyber slang and lingua franca which has started damaging our language and formal communicative writing acumen by having an illicit crept in our classroom and its negative impact on the minds of our students without their knowing of this. They have their own strong critical canon which suggests that cyber slang and texting is badly affecting our Standard English. Quite contrary to this, there is rebuttal to this opinion which supports the usages of these cyber slangs and lingua franca as the need of the hour on the ground that texting has no adverse effect on young minds’ ability to write rather, in fact, it promotes this. They also claim that the rigidity of spellings, grammatical and syntactic structure would put language in a compact chamber and would be a danger for the progressive mode of language. Language keeps on enriching its larder with the addition of new semantics and cyber slang is also enriching and boosting up English language.  In order to approach a perspective on this, we have to analyse this very hypothesis from different angles. 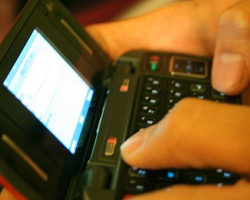 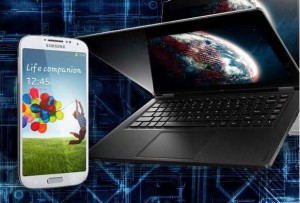 Let us discuss as to how cyber slang has changed the patterns in our standard language. If we just cast a glance on any social networking sites and messenger whether it may be WhatsApp or facebook, or twitter, we shall find several examples of cyber slangs. If one is not a frequent user of such social networking sites, one cannot understand these slangs and the meaning coming out of this very language. The implication is that in order to communicate through such networking sites, the users have developed cyber terminology. They combine letters with digits to convey their messages. Apart from this such users also use various non-verbal symbols, images and graphics in order to give expression to their feelings, whether it be of happiness or of sadness, love and that of fun instead of using traditional sematic support of communication. This emergence of cyber slang is the result of human necessity and human behaviour as the most famous linguist Noam Chomsky is of the opinion that language is the outcome of “human behaviour” and human “creativity.”

With the emergence of new forms of electronic communication, people have developed new symbols to use them in order to communicate. This practice has given birth to new language which is called texting or cyber slang. Cyber slang as we know is a term used to describe shortcuts, alternative words or even symbols used to convey thoughts and ideas in electronic document. The important thing to be taken into account is that this texting or cyber slang is different from the standard and official language which the Oxford English Dictionary as of June 15, 2006 approves. We do have textese language, also known as txt-speak, chatspeak, txtspk, texting languages, SMSish, texting, txt-talk, and so on. Let see certain changes in spellings and expressions with this texting:

Because of rapidity of messages, people use letters and numbers to represent complete words in instant messages. For example: ‘R’ represents the word ‘are,’ ‘8’ stands for ‘ate,’ ‘4’ means ‘for’ and ‘y’ is used for ‘why.’ As a result of such changes in linguistic practices of users, various online dictionaries are also coming into existence. One of the most famous online dictionaries named Webopedia claims that it is the number one online encyclopaedia dedicated to commuter technology and hence provides more than 1000 chat abbreviations. Examples of texting in English via cyber slangs:

Since language is a social construct governed by certain rules, may be syntactic structure and spellings of the words, however, these rules undergo various changes with the passage of time. Even there arises a question whether texting or cyber slang should be considered a language change or a language decline. There are quite contrary opinions about it.

So far as formal pattern of texting is concerned, it may be taken as a threat to Standard English which is meant for official purpose. Teachers and professors of English in schools and universities express their intolerance towards cyber slangs or lingua franca which is informal and may be used for informal purpose. They claim that abbreviated words, alphabetic characters with numeral digits and other symbols which are commonly used by such users who communicate through electronic media at an instant of time in texting their messages in order to save time, energy and space are actually distorting and diminishing their ability to write appropriate and contextual words and hence disrupting the exactness of writing. Because of texting, they have forgotten grammar and punctuation marks and their appropriate usage. Even in examination, they write their answer in abbreviations. They do not realize that they are using cyber slangs in their academic writings. A brief excerpt published in The Times Daily newspaper citing a recent report from Pew Internet and American Life Project titled “Writing, Technology and Teens,” denotes that the cell phone text-based abbreviated statements which teenagers use in communication are showing up in more formal writing. Jason Tomaszewski has also referred to the cause of the frequent and sudden growth of cyber slang, but simultaneously has also expressed his worry that this is badly affecting professional and academic mode of communication in his article “Do Texting and ‘Cyber Slang’ Harm Students’ Writing Skills?” by quoting the statement of Mr. ShravanGoli, President of Dictionary.com: “I think it makes sense for these social conversations to be light-weighted or light-hearted in terms of the syntax.” He again refers to the crept of cyber slang into formal communicative mode and specifically its negative impact on formal and academic communication acumen of students and then professionals: “But ultimately, in the world of business and in the world they will live in, in terms of their job and professional lives, students will need good, solid reading and writing skills. I’m little worried about where we are in America with literacy levels dropping. Are these [electronic device] helping us or making it worse? I think they may be going the other way and making it worse.”

On the other hand, there are some studies which support that texting and cyber slang does not cause negative impact on Standard English, rather it is solidifying it with unexpected growth brought to it, meaning thereby that it is boosting up the expansion of English language all over the world.

A 2006 Study by two professor at Coventry University in Britain found that 11 year olds who used most textism were actually better at spelling and writing. A command of texting seems to indicate a broader facility for language. And these students seem to switch easily between text messaging and Standard English (The New York Sun, January 23, 2008).

Besides, some educationists are of the opinion that whatever can get students to express themselves in writing is good and positive influence. In fact, the internet and texting have started a revolution by bringing writing return to importance. Modern teenagers spend hours every day typing and tapping thousands of words and hence enriching their vocabulary. If we recall the scenario of two decades, even in a developing country like India, we see that now people are more connected through texting but such was not the case as they would spend hours on telephones, instead.

Some people believe texting has no effect on Standard English whatsoever. They  compare textese to some sort of modern jargons. Since every generation has its own jargons and terminology, and the way they frame their sentences are also changing, meaning thereby that grammatical structures and patterns are also undergoing changes, the influence of chatspeak on English should not be exaggerated. It is a temporary phenomenon that would ether fade away with the passage of time or would develop into a new language used primarily in electronic communication among those who can ‘encode’ and ‘decode’ the message through coined abbreviations. Moreover, learning another language does not influence one’s ability to use proper English as long as students have learnt grammar rules and therefore better understand the difference between slang and correct English. Whether it is regarded as a separate language or not, chatspeak can never be considered literate.The basic reason behind this criticism is of nothing but the widespread transfer of informal language into formal setting, but we should have a judicious approach as to how to separate both the mode of communication by understanding the difference of contextual usages of words.